· Registered
Joined Feb 14, 2021
·
117 Posts
I just came across this article about another new EV startup with a small truck at a lower cost. It looks interesting. We will have to wait and see if they can make it to production in 2023.

The Alpha Wolf Is An Old-School Looking, Off-Road Electric Truck
I

· Registered
Joined Feb 14, 2021
·
117 Posts
It may end up as vaporware, but I like that someone is thinking about a smaller low cost EV pickup truck. I think it would be a hit with people who are looking for something under $40,000.

Maybe a future Rivian model in a similar configuration ?

· Registered
Joined Dec 8, 2020
·
130 Posts
While I like the way it looks, I feel like the two door compact truck market is fairly limited.

· Registered
Joined Jun 4, 2019
·
1,776 Posts
Their whole lineup of vehicles look great but this all seems way too good to be true. IF they somehow do become legit I don't think they get deliveries done in 2023.

· Registered
Joined Aug 6, 2020
·
217 Posts
As far as the limited market
I AND FORD TOTALLY DISAGREE!
ANY ONE SEEN THE MAVERICK!
THE WOLF IS AWSOME!
But at almost $50k
For that I will be getting a self driving CyberTruck with more range more speed more everything
They are going to need to be a much lower price
But I put my name in the hat
Love it and the JAX
We will see how capable off-road they are
But where did they come from and will they get there
It's tough
Need a lower price tag

Heyvernsky said:
You must not be old enough to be able to remember the 80s my first car was a 85' 2 door Toyota I LOVED THAT TRUCK
Click to expand...

· Registered
Joined Dec 8, 2020
·
130 Posts
I am old enough to remember the 80s, but just because something was successful in the 80s does not mean it will be now. You can disagree if you want, but that does not mean you are correct. The Colorado and Ranger combined for less than 25% of the sales numbers of the F series in 2020. Look up sales numbers, small trucks just don't sell particularly well, much less a two door. Would some people purchase it, sure, just not enough to make it successful.

Angus said:
I am old enough to remember the 80s, but just because something was successful in the 80s does not mean it will be now. You can disagree if you want, but that does not mean you are correct. The Colorado and Ranger combined for less than 25% of the sales numbers of the F series in 2020. Look up sales numbers, small trucks just don't sell particularly well, much less a two door. Would some people purchase it, sure, just not enough to make it successful.
Click to expand...

Will I believe there is a HUGE market
Pool guys small business
Young people
But not at almost 50k
Not even 25k
The market is untapped and has been for ever
But it needs to be more like a Kandi
I want one of those but they are having big problems and I don't want to give my $ to China
If someone could build the Wolf for around $20k that would be sold out for years
If Kandi can build those nice little cars for less than a Golf Cart it shows promise
But so many hurdles
I personally think the Kandi is being blocked by politics
Wish crash safety was listed and the cars came with a warning like cigarettes
Not the government telling us we can't have them because they are not safe
Motorcycles are not safe
But that's why we pay so much
Laws and politics
Bla bla bla
Lol
Look at the side by side market
HUGE!
That is where the Wolf would kill it
That is proof the market is there
Got to stop this rant
Can you tell I have no Facebook account
Lol

Everyone who says "THESE WILL SELL" also adds that asterisk (*) and the fine print reads "if it's dirt cheap". Which it won't be -- they never are.

These people also seem to forget that a bunch of manufacturers used to make small single-cab trucks, and almost all of them have stopped doing so because they did NOT sell well.

It's no different than those people who complain about lack of manual transmissions. They're an extremely vocal group, but when it comes time to put their money where their mouth is, they simply don't. Manufacturers know this.

I can't help but think of Tobias from Arrested Development when I think of people who want five speeds or small single cab trucks:

And yea, that's probably true. And the manufactures know it... And THAT is why they're not building it.

· Registered
Joined Nov 20, 2020
·
316 Posts
Give me a call when this thing gets built. In the meantime, yet another digitally-rendered concept. As for the Kandi, does the EV world need its own Yugo? The margins on EVs are not huge and the margins on sub-$20,000 are close to zero. Reminds me of the joke about the guy whose friend sells suits below cost. How does he make money? Volume.

· Registered
Joined Jun 4, 2019
·
1,363 Posts
For anyone that's interested Top Gear shared a video of them looking at one of Alpha's Wolf prototypes.

· Registered
Joined Mar 10, 2021
·
1,130 Posts
Looking strictly at the specs, it lacks so much compared to Rivian. Then consider all the things that make Rivan awesome - gear tunnel, accessories, interior, 4 motors, wading depth, etc. All the metal on the truck just makes me think of all the future corrosion potential. The body on frame design doesn't seem to give it any big EV advantages either. Not to mention, it's not even a prototype or pre-production vehicle if it has no interior. Mehhh
J

· Registered
Joined Feb 14, 2021
·
117 Posts
It's only a model, not a working prototype. No competition to Rivian, but at half the cost, it could have a place in the market. Let's see if they have enough financial backing to survive.
M

· Registered
Joined Nov 20, 2020
·
316 Posts
Well it's certainly one of the most impressive barista-led new EV introductions in recent memory. 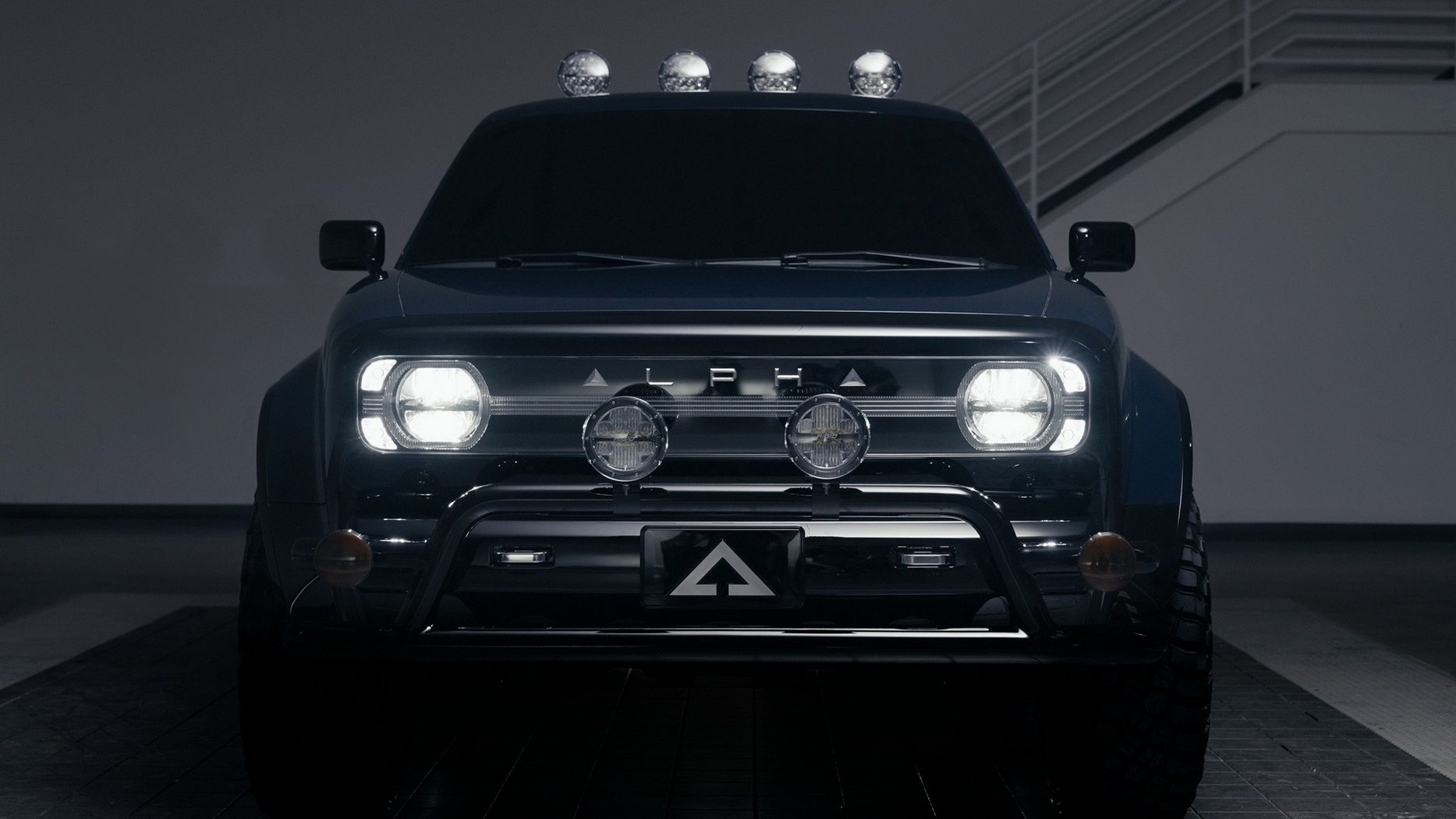 If you read our article about the vehicle Alpha Motor Corporation presented at the Petersen Automotive Museum, you know it is not a prototype but rather a mockup. In other words, it is a design study – probably made of clay – with no interior and incapable of moving on its own. If you watched...

· Registered
Joined Nov 12, 2020
·
12 Posts
I am all for the more EV suppliers the better we all are competition is good. If we look back at the host of EV startups, history is not in their favor. I think the window is rapidly closing on startup EV manufacturers. Rivian is getting there foot in the door before the traditional manufacturers do with trucks and SUVs. By 2023 there will be a host of options. Not exactly what Alpha is offering but would take away from the market share. I wish them the best but they have a tough road ahead.
1 - 20 of 24 Posts