Amazon says that they currently have "over a thousand" Rivian vans making deliveries in nearly 100 cities/regions. 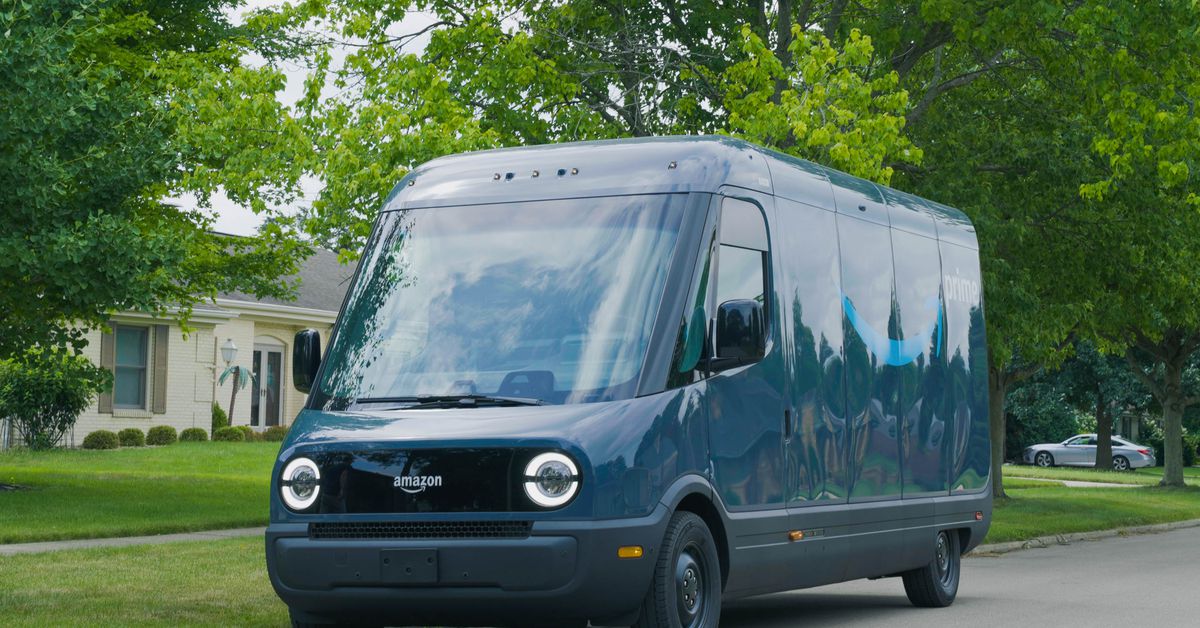 Amazon’s fleet of Rivian-made electric delivery vans is growing. Since first rolling out earlier this year, the retail giant’s new zero-tailpipe emission vehicles have made more than 5 million deliveries in the US, with its fleet-size exceeding 1,000 EDVs (electric delivery vans).

That’s still only a fraction of the company’s overall transportation fleet, which is comprised 30,000 Amazon-branded delivery vehicles and 20,000 branded trailers. But the electric-portion is growing, with Rivian eventually expecting to deliver 100,000 vans to the company.

The vans have been making their way into Amazon’s service, as Rivian’s manufacturing pace slowly accelerates. The EV company said it made 7,363 R1T pickup trucks, R1S SUVs, and EDVs during the three-month period that ended on September 30 — though it didn’t say how much of each. Rivian also said it delivered 6,584 vehicles during the same span. (The company is expected to report its third quarter earnings later this week.)

Of course, supply chain woes and inflation, as well as other hurdles, have conspired to stymie Amazon and Rivian’s goals of an electrified delivery fleet. When then-CEO Jeff Bezos announced a deal with the EV startup in 2019 to buy 100,000 vans, he said they should be on the road by 2024. Now, Amazon projects to hit 100,000 vans on the road by 2030.

“We’re always excited for the holiday season, but making deliveries to customers across the country with our new zero-emission vehicles for the first time makes this year unique,” said Udit Madan, vice president of Amazon Transportation. “We’ve already delivered over 5 million packages with our vehicles produced by Rivian, and this is still just the beginning—that figure will grow exponentially as we continue to make progress toward our 100,000-vehicle goal.”
I

· Registered
Joined Sep 14, 2021
·
56 Posts
mine comes to my house everyday lol and i am in the middle of nowhere mass, super cool, driver let me inside and look around.
F

· Premium Member
Joined 9 mo ago
·
11 Posts
I've started seeing them all over Seattle in the past couple months. Maybe my house is just serviced by multiple routes/drivers or they are letting multiple drivers use them, but I have one in front of my house ~20% of the time and it's an old ICE version the rest of the time.

· Registered
Joined 3 mo ago
·
1 Posts
I am looking for a Rivian owner or driver that might be able to help me out. My company makes customer phone mounts and we are looking to get into a delivery van and truck to design some mounts for these vehicles. We are located in Washington state but could travel some to meet. Would anyone be able to help us out?
1 - 6 of 6 Posts
About this Discussion
5 Replies
6 Participants
Last post:
A-Tach 3 mo ago
Rivian Forum – Rivian R1T & R1S News, Pricing & Order...
Rivian Forum - Rivian R1T & R1S Community and Owner’s Club
Full Forum Listing
Explore Our Forums
Rivian General Discussion Forum Rivian Dealers, Prices And Orders Rivian Pictures Rivian R1S Discussions Rivian R1T Discussions