· Registered
Joined Jun 4, 2019
·
1,363 Posts
One of my favorite aspects about Rivian and RJ Scaringe is that they don't make outrageous claims about their vehicles unlike other EV companies. This latest article really highlights that.

Scaringe spoke with CNBC and he said a couple of interesting things. 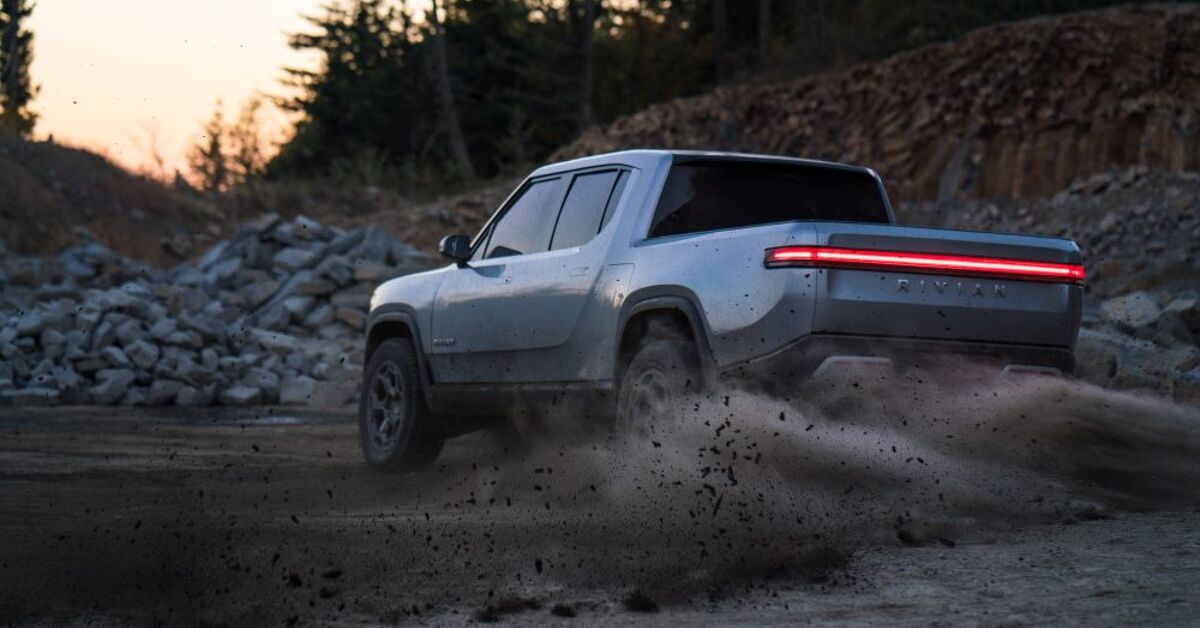 Unmoved by its rivals' Wall Street antics, Rivian claims it has no plans to go public anytime soon. Getting product out the door comes first.

Among electric vehicle startups, Rivian is the nonconformist. Compared to its braggadocious contemporaries, many of which are still years away from building anything, the Michigan-based company is well-poised to deliver a drivable product within a year’s time, with only scant attention paid to the possibilities of going public on a raft of promises.

We’ve already seen what Rivian plans to offer. Metal has met eyes. An assembly plant is already gearing up, with a list of suppliers on hand to pull off production of the R1S SUV and R1T pickup, and, most important of all, there’s money to fund it. It all sounds so… conventional.

Speaking to CNBC, Rivian founder and CEO R.J. Scaringe claims he has no plans for an IPO at the present moment, claiming that taking the company public is something he’d only consider if future scale-up efforts require it.

“We’re in a position where we’re well-capitalized to launch the products but we are rapidly expanding and growing and accelerating some of our future products,” he said. “We’re seeing demand being significantly higher than what we initially anticipated, which is leading us to capacitive for higher levels of volume.”

Delayed by the pandemic and springtime lockdown, the R1S and R1T are due to arrive in the early to middle part of next year. Greasing those models’ wheels is nearly three billion dollars in private funding amassed in 2019, with big names such as Amazon and Ford topping the list of financers. Boasting long ranges afforded by a list of large batteries and an innovative skateboard platform that was once expected to underpin a Lincoln, the Rivian duo impress on paper.

The wild Wall Street antics of such rivals as Tesla and Nikola, the latter of which doesn’t plan to build for years, doesn’t impress Scaringe.

“We’re focused on making sure that we deliver,” he said from the confines of his very real assembly plant in Normal, Illinois. “We really value active humility and letting our actions speak louder than our words.”

Imagine that! It’s refreshing to hear someone in the EV space say such a thing, though the stratospheric valuation of both Tesla and Nikola has led others, including Fisker, to consider an IPO. Investors can’t seem to get enough when it comes to rosy electric promises from almost anyone.

Yet while investors salivate over startups, analysts and engineers applaud Rivian’s ability to actually get things done.

If Rivian does go public, it won’t be soon, Scaringe hammered home.

“Priorities one, two and three are launch the products,” he said.
P

· Registered
Joined Apr 24, 2020
·
89 Posts
practicing active humility + actions over words ... that is why we as a family have chosen to support Rivian as our EV solution. While we are and probably remain diehard Jeep & F150 fans and been owners/drivers of Jeep and F150 since age 16 when my wife and I met in High School, from what Rivian has been showing us about the capabilities of the R1T and R1S .. it will blend our needs nicely to make our transition into full-time BEV ownership easier and put us at ease.

PuddleMonkey said:
practicing active humility + actions over words ... that is why we as a family have chosen to support Rivian as our EV solution. While we are and probably remain diehard Jeep & F150 fans and been owners/drivers of Jeep and F150 since age 16 when my wife and I met in High School, from what Rivian has been showing us about the capabilities of the R1T and R1S .. it will be blend our needs nicely to make our transition into full-time BEV ownership easier and put us at ease.
Click to expand...

Yeah it's been great (and frustrating some times) to see them keep a low profile like this. What kinds of F-150s and Jeeps have you owned @PuddleMonkey?

· Registered
Joined Feb 17, 2019
·
2,718 Posts
Not surprised, Guidehouse Insights placed Rivian at the top of its leaderboard and its clear why...
"Leading upstarts have distinguished themselves within the industry in a first mover capacity and have either deployed EVs or are near to deployment. Rivian is a first mover in the North American pickup truck market and has secured significant partners and investors including Ford and Amazon, while NIO has produced the most vehicles of all competitors and has innovated solutions for battery swapping and mobile charging services. Nikola is the only competitor among those examined in this report looking to deploy both FCVs and BEVs."
P

JimmyEV said:
Yeah it's been great (and frustrating some times) to see them keep a low profile like this. What kinds of F-150s and Jeeps have you owned @PuddleMonkey?
Click to expand...

Been a diehard Jeep Wrangler Unlimited Rubicon owner over these past years and recently bought a Jeep Gladiator as well as been owner of multiple iterations of the Ford Raptor. Am a Marine Biologist and at times my work takes me into the boonies with gear in tow. Always appreciated the fact that the Jeep platform is flexible to be modded with after-market products to make the Jeep more capable which has been a lifesaver on several occasions. Wife has the lead foot in our marriage.. she has been driving iterations of the Grand Cherokee Trackhawk/SRT. Yes.. agreed.. it has been frustrating at the same time when it comes to Rivian info share due to their low-profile way of doing business.. but wife and I have confidence.. the R1T and R1S will meet our needs individually including my wife's need for speed
S