Byton M-Byte debuts at the 2019 Frankfurt Motor Show, could it be a R1S rival?

North American and European buyers won't be able to place pre-orders until 2020, but Byton has apparently received over 50,000 reservations.

While this looks smaller than the R1S, if it does reach North America I can see it take some customers away from Rivian, what does everyone else think?

It has some impressive specs and features, including a 48-inch curved "Shared Experience Display."

The production car bears a strong resemblance to the concept that was revealed earlier this year and retains that car’s distinctive 48in curved ‘Shared Experience Display’, the largest infotainment screen yet fitted to a production car.

The screen forms part of what Byton calls “a digital lounge feeling” and allows passengers to access connectivity services and vehicle controls.

The display can be controlled via an 7.0in screen located in the centre of the steering wheel or an 8.0in tablet mounted between the two front seats and is covered by a layer of shatter-proof glass to minimise risk of injury in a collision.


Other defining features of the interior are a flat floor (made possible by the lack of a transmission tunnel), a floating dashboard, rotating front seats and a comprehensive list of personalisation options.

The M-Byte range opens with the 72kWh entry-level model that's driven by a single, rear-mounted motor producing 268bhp and capable of 360 miles on the WLTP test cycle. An optional larger-capacity battery offers a range of up to 460 miles.

The range-topping four-wheel-drive variant has a 95kWh battery that yields a 435-mile range as standard and uses a motor on each axle for a power output of 402bhp.

All versions of the M-Byte are capable of 150kW rapid charging and can therefore be topped up to 80% capacity from empty in as little as 35 minutes.
Click to expand...

· Registered
Joined Jun 4, 2019
·
1,363 Posts
That screen looks really sweet and I do like the design. But it's going to be very interesting to see how a Chinese company does in North America, they're going to have to do a lot of marketing to make their presence known in the States.

JimmyEV said:
That screen looks really sweet and I do like the design. But it's going to be very interesting to see how a Chinese company does in North America, they're going to have to do a lot of marketing to make their presence known in the States.
Click to expand...

China's economic boom has left lots of investors with capital they're just waiting to invest.
With all that money I bet these Chinese automakers will put up a big fight, especially if they can keep attracting the right talent.

eHauler said:
China's economic boom has left lots of investors with capital they're just waiting to invest.
With all that money I bet these Chinese automakers will put up a big fight, especially if they can keep attracting the right talent.
Click to expand...

I can definitely see that happening if they're willing to put their money where their mouth is. Especially if Byton's performance and quality is on the same level as everyone elses.

· Registered
Joined Jun 4, 2019
·
1,363 Posts
Well the hype was fun while it lasted, Byton is suspending operations due to financial issues. 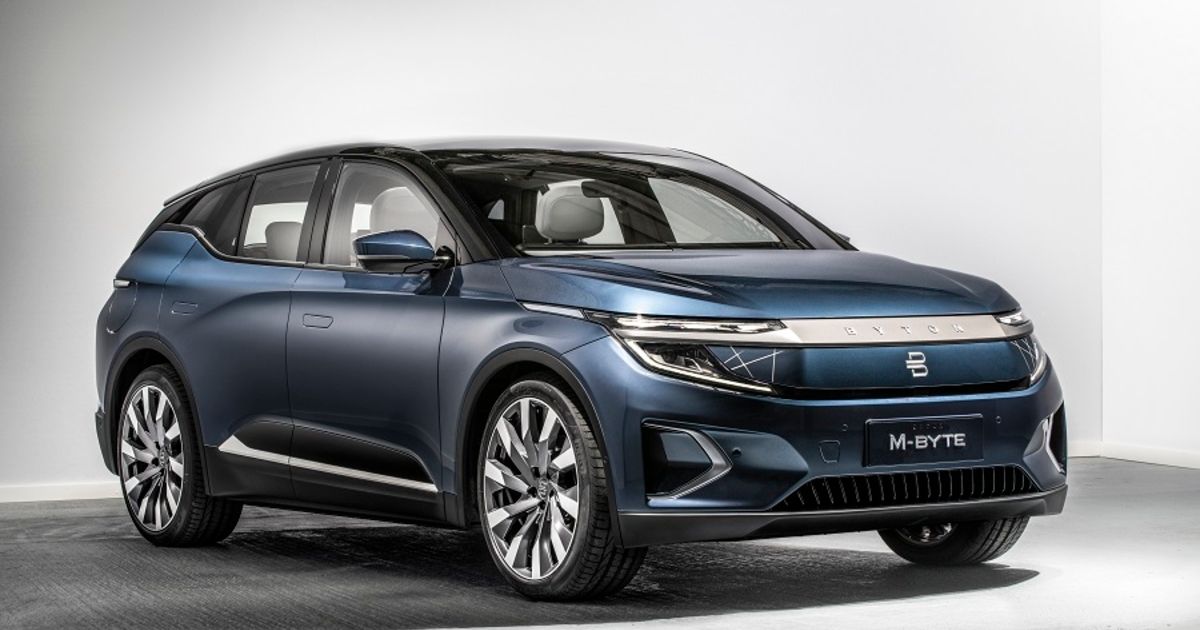 Byton has been planning to launch the M-Byte SUV in Europe.

SHANGHAI -- China-based electric car startup Byton said on Tuesday it will suspend production from July 1 to conduct a reorganization of the automaker after being hit by the coronavirus pandemic.

The company, which is backed by state-owned automaker FAW Group and battery supplier Contemporary Amperex Technology, said it was also actively raising funds to address issues relating to unpaid staff salaries and that it hoped to start paying employees from July.

"The new coronavirus epidemic has brought great challenges to Byton's financing and production operations," it said in a statement.

"After careful consideration and joint consultations with our shareholders and management, we have decided to, from July 1, kickstart a plan to lower employee costs and promote the company's strategic reorganization," it said.

Byton produces all of its vehicles at a plant in Nanjing. From Wednesday it will suspend most operations in China, where its activities include research and development.

In April, industry website Electrek reported that Byton had put hundreds of employees from its Santa Clara facility in California on furlough.

Byton was launched in September 2017 by Future Mobility Corp, a company co-founded by former BMW and Nissan executives, and also has software and design facilities in the United States and Germany.


Byton earlier this year said it planned to launch sales of its first product, the M-Byte electric crossover, in Germany, Switzerland, Norway, France, the Netherlands and Sweden in the second half of 2021.

The automaker said in November it received licenses to sell the vehicle in California in a move that Byton said paves the way for North American sales in 2021.

Byton is among a series of Chinese electric vehicle manufacturing startups that have emerged in recent years to challenge foreign companies like Tesla.

China, which has been eager to curb smog and spur its own auto industry, has said it wants so-called new energy vehicles (NEVs) to account for 25 percent of auto sales by 2025, up from around 5 percent currently.

But appetite to fund such startups began falling last year and has been dealt a further, heavy blow by the coronavirus pandemic, leaving a number fighting to survive.