GM is thinking of bringing back Hummer as an EV

· Registered
Joined Jun 4, 2019
·
1,776 Posts
I didn't expect to see this. According to David Welch of Bloomberg, GM has considered bringing back the Hummer as an electric SUV.

For now, it’s just an idea GM is considering as it plans which vehicles will be included in a fleet of electrified SUVs and trucks, say people familiar with the matter. The Hummer name has surfaced as way to tap growing demand for rugged SUVs with off-road capabilities, while avoiding the gasoline-burning image that made the brand something of a pariah a decade ago, said the people, who asked not to be named because the conversations are private.
Click to expand...

Electric Hummer chatter comes as GM is looking to transform itself from a conventional, gas-powered-vehicle maker into what Chief Executive Officer Mary Barra calls an “all-electric future.” Hummer is one of many options GM is exploring as it races to develop the next generation of battery-powered vehicles. Several other car companies also are rushing to produce commercially viable electric-powered models.

When asked about it, GM President Mark Reuss was unconvinced. “I love Hummer,” Reuss said on the sidelines of a press conference on June 12. “I’m not sure. We’re looking at everything.”
Click to expand...

Now this is probably nothing more than a rumor and something that was probably only mentioned once, but I think it would be exciting to see an electric Hummer. Depending on which model they use, it would definitely add another EV option for people who like to off-road.

· Registered
Joined Jun 4, 2019
·
1,776 Posts
It looks like it's actually going to happen, the electric Hummer is happening, but as an electric pickup truck according to the Wall Street Journal.

General Motors Co is resurrecting the Hummer name on an all-electric pickup truck to be sold under the GMC brand, according to people familiar with the matter, reviving a once-popular yet controversial badge that was phased out a decade ago.

GM has enlisted NBA superstar LeBron James to promote Hummer’s return, including a plan to air a commercial during the Super Bowl next month, said one of these people and another person with knowledge of the advertising plans.

The new Hummer model, which is expected to go on sale by early 2022, is likely to be sold in small volumes as a rugged, jeep-like pickup truck for off-road enthusiasts, said people briefed on the strategy.

The vehicle will be among the first of several large, battery-powered SUVs and pickup trucks that GM is expected to roll out over the next several years.

As of now there are no plans to establish Hummer as a stand-alone brand, which it was before GM discontinued it in 2010 in the wake of the company’s bankruptcy, these people said.

Rather, the Hummer electric pickup will be sold as an individual model within GMC, these people said, a pricey, premium truck brand that has emerged over the past decade as a bigger contributor to GM’s bottom line.

GM’s move to bring back the Hummer as an electric-model is an unexpected twist for a name that became a symbol of gas-guzzling excess. Hummer went from heady sales growth as a status symbol in the early 2000s to a frequent target of environmentalists later in the decade, as gas prices spiked and sales tanked.

The planned Hummer truck is the latest example of Detroit’s auto makers broadening their truck and SUV lineups to boost profitability, while largely purging lower-margin passenger cars from their lineups.

Auto makers and startup companies also are rushing to bring electric trucks and SUVs to the U.S. market, convinced there is a niche of buyers willing to pay a premium.
Click to expand...

· Registered
Joined Jun 4, 2019
·
1,363 Posts
So if it's going to be under the GMC umbrella does that mean it's going to be called the GMC Hummer? Also, i hope there's a SUV version that comes along with the pickup version.

· Registered
Joined Jun 4, 2019
·
1,363 Posts
GM & GMC have officially confirmed that the electric Hummer is happening! They released these teaser commercials ahead of the Super Bowl.

I'm very interested in this but that second rendering looks too much like a regular Chevy Silverado to me.

There are also some new details about the Hummer EV's size. While the teaser from January hints at amber "identification lights" on the truck's roof, typical of heavy-duty trucks, the Hummer EV may actually be closer in scale to the current GMC Sierra half-ton. That would position it squarely against gas-powered trucks like the Ford F-150, Ram 1500, and, upcoming electric trucks like the Rivian R1T. 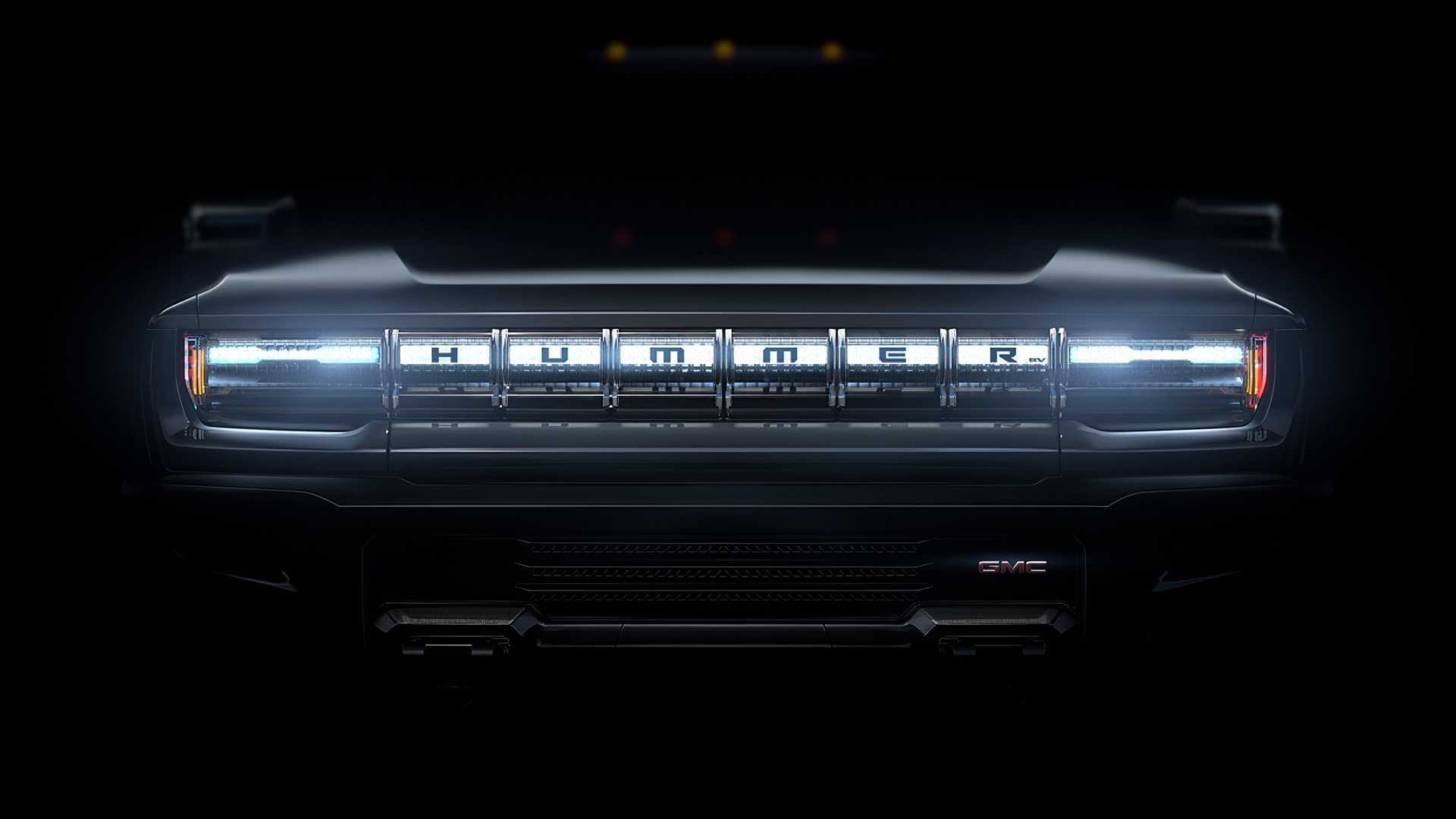 Hummer EV Will Have A Targa Top, New Battery Tech

We have more details on the upcoming GMC Hummer EV, including things like a targa top and new "Ultium" battery tech.

· Registered
Joined Feb 20, 2020
·
871 Posts
GMC released a new video that shows off the Hummer's removable roof. I have to admit this is pretty cool.

MilesK said:
GMC released a new video that shows off the Hummer's removable roof. I have to admit this is pretty cool.

Wow, i heard that the hummer was going to have a removable roof but nothing like this.

· Registered
Joined Jun 4, 2019
·
1,776 Posts
A new teaser video for the Hummer is out. It's looking more and more like a serious R1T contender. It's going to be revealed this fall.