eHauler said:
Welcome to the forum. When are you expecting to take delivery of them?
Click to expand... 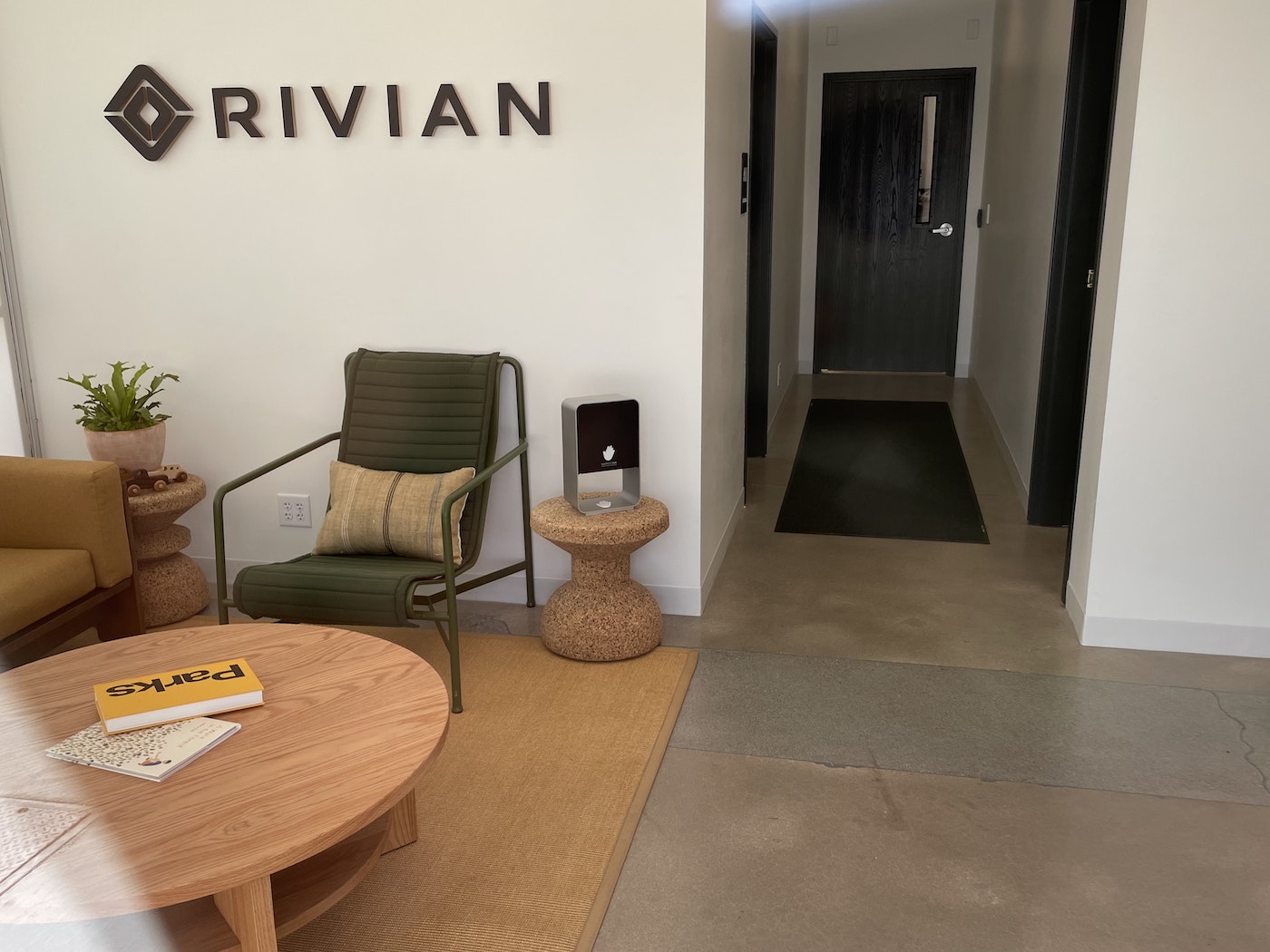 I drove out to the future Las Vegas Service Center today. Since it is clearly not open to the public yet, I tried to be as respectful and quick as possible while grabbing a few photos of what was visible from the outside. The lobby looked customer-ready with cork end tables, earth tone furniture, adventure themed books, and even a hand sanitizer station. 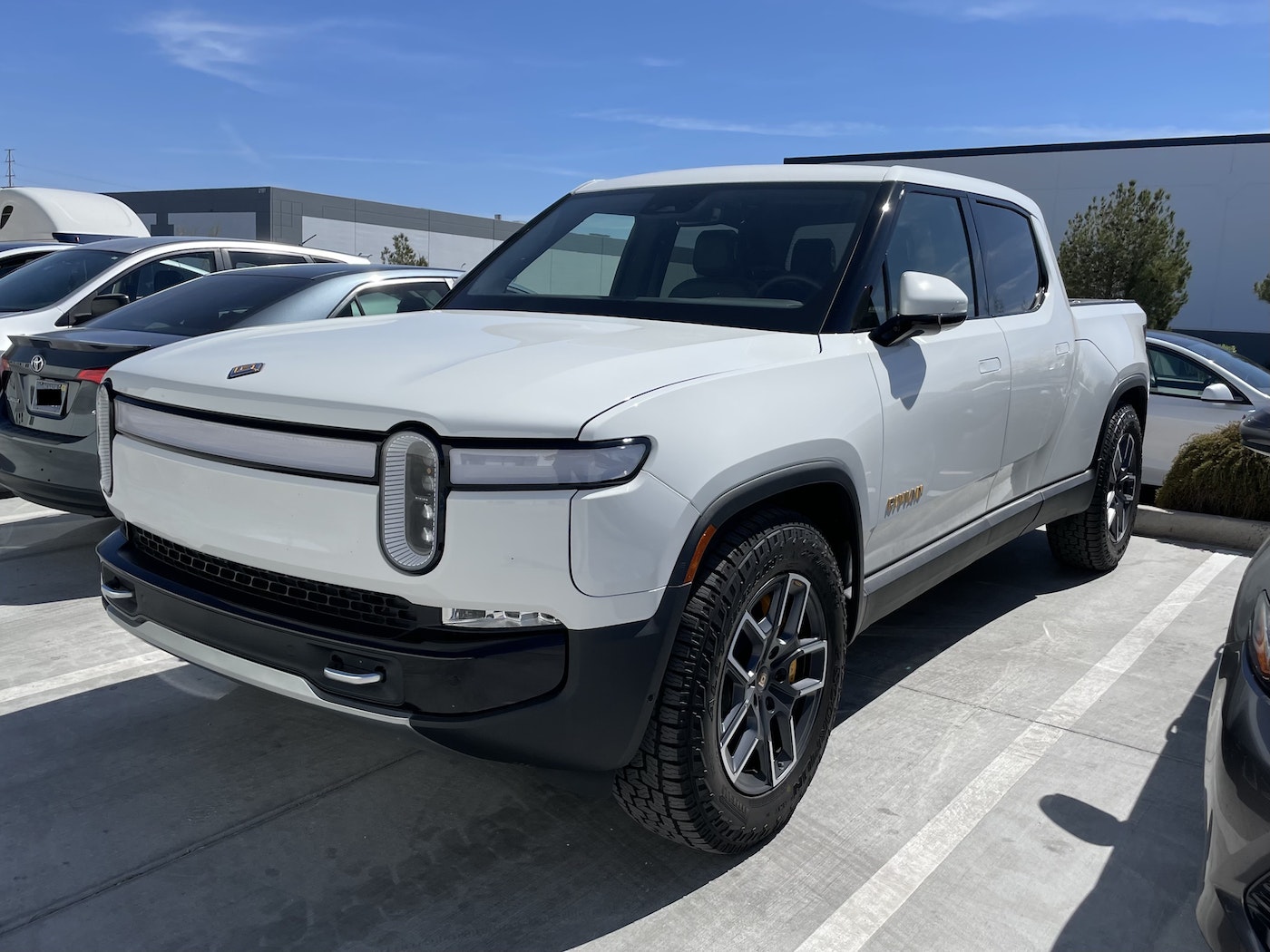 Outside there were less than 10 employee vehicles in the parking lot including a Glacier White R1T! It had an IL temp tag, so I assume this is an employee/company vehicle, not for delivery. At the mechanic-shop side of the building there are ground-level clear corner windows. I just HAD to take a peek inside! However, a white delivery van (future Rivian Mobile Service Van?) was strategically parked to block some of the street-view into shop.

It blocked some of the view, but I was able to clearly see a few Launch Green R1Ts inside waiting for their future owners! Perhaps a lucky few are getting their phone calls shortly. Next to the them was a large flatbed truck that I assume they will use to deliver those R1Ts. I could see only two vehicle lifts within view. Out of respect for the privacy of the workers wandering around inside (and since they clearly parked that van to block onlookers), I have no pictures to share of the inside.
As a December 8, 2018 R1S LE reservation holder, I was holding out a minuscule degree of hope that I would see an R1S stashed away inside somewhere. Not surprisingly, I saw none. 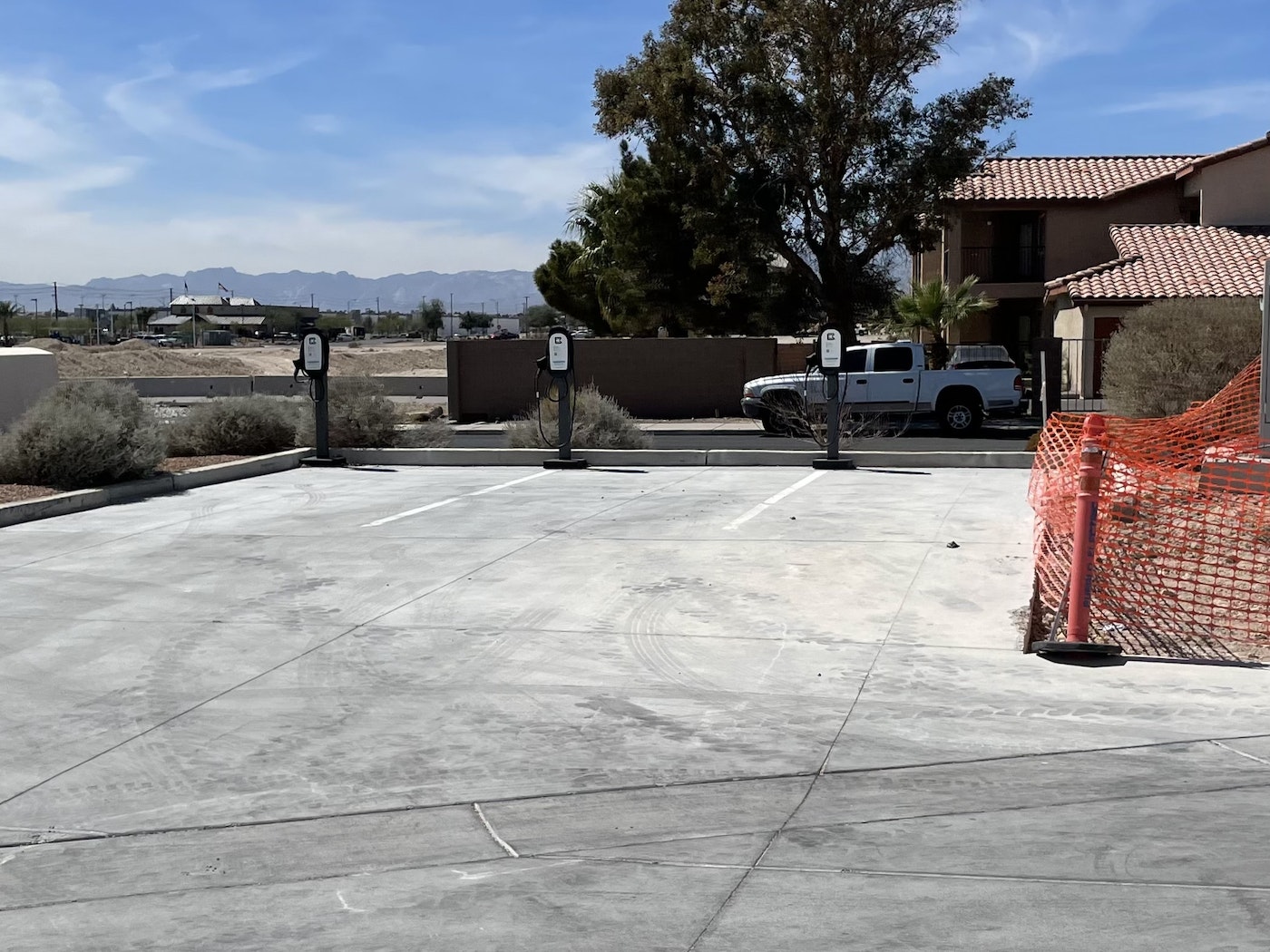 Another item of note were the 3 ClipperCreek L2 stations that were in the parking lot. While we have seen these in the background of official Rivian factory videos, I was surprised to see them installed outdoors at a Rivian facility. I would think the Rivian Waypoints (branded L2s) would be a marketing must-have for brand-awareness.

In general, it appears they bought/leased a decent sized facility that could easily have bays for 6+ trucks. Parking in the outdoor lot is extremely limited at ~15 spots in total. Assuming (and wishing) Rivian major success in this market, I suspect they will be hurting for space very quickly (something that the first and second Tesla LV SCs suffer from as well). One major issue remains: I can barely stand the anticipation waiting for my LE R1S!
Click to expand...