Jump to Latest
JimmyEV
We should be seeing Stellantis and Ram revealing the Ram 1500 EV concept this year. 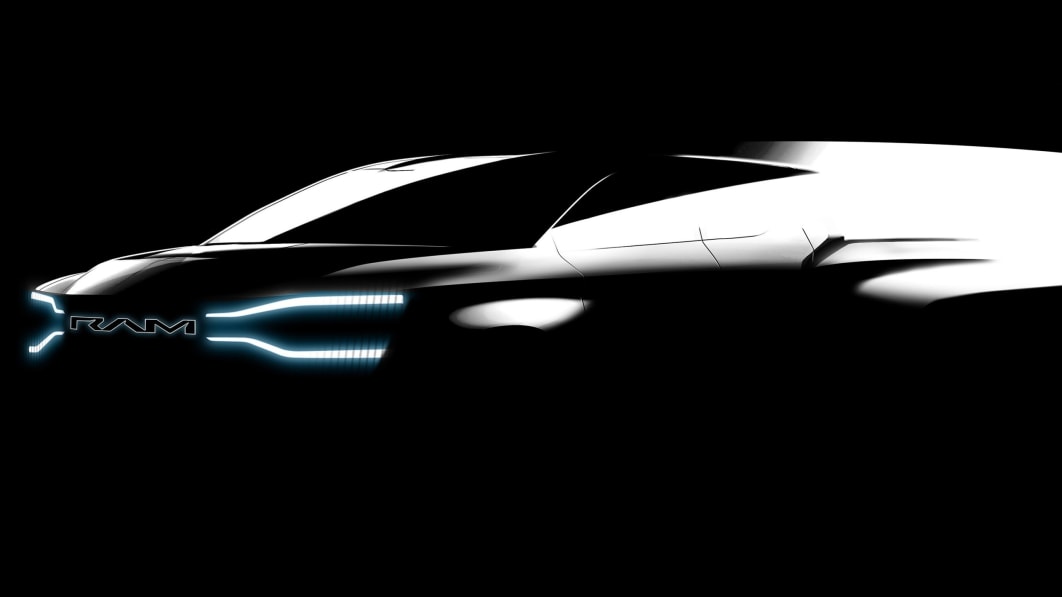 Ram says it will show a concept version of its electric 1500 pickup currently under development, and has spilled some more details about the truck's powertrain and charging capabiliites.

We know there are battery-electric and range-extended Ram 1500 pickups coming in two years, the latter referred to as a Range Electric Paradigm Breaker (RPB). Ram execs are currently on a year-long tour holding Ram Real Talk events to find out what potential customers want, Automotive News reports that Ram will show the first iteration of the pickup in concept form before the year is out. Brand CEO Mike Koval told AN that meetings with the public are already helping shape the concept's design.

Ram will also use its launch timeline to hone the final product. By 2024, the Ford F-150 Lightning and GMC Hummer will have spent two years on the market, the electric Chevrolet Silverado around one, aside from the startup efforts like Rivian's R1T and maybe (cross fingers) the Tesla Cybertruck. Stellantis CEO Carlos Tavares told Morgan Stanley analysts, "We are preparing the EV pickup trucks for 2024, and we are doing it by adjusting the specs and adjusting the performance in function of what we see coming up from our competitors." Koval told AN, "We will push past our competitors in terms of those important metrics like towing and hauling and, in the future, charge time, range and things of this nature" by having the competitor playbooks before the Ram arrives. There's going to be a lot of pressure on the coming concept.

Mopar Insiders says the battery-electric model is expected to use Stellantis' Electric Drive Module #3 (EDM #3) that can produce from 201 to 443 horsepower (150 kW to 330 kW). Just two modules could create a four-wheel-drive workhorse with 885 hp. The EDM #3 is also capable of an 800-volt architecture, unlike EDMs #1 and #2 that max out at 400 volts. The STLA Frame architecture has been through a couple of evolutions to serve the electric 1500, having first been a chassis for the fifth-generation ICE Ram 1500 that was reworked to serve the new-generation Jeep Wagoneer and Grand Wagoneer, then developed into an electric vehicle platform. It's designed to swallow battery packs beyond 200 kWh. The crazy bit about the battery is that although the DC fast charging speed is limited to 150 kW, Ram says the pack will be able to replenish 20 miles per minute. The 2022 F-150 Lightning battery on its 400-volt electrical architecture can only replace 5.4 miles per minute at the same charging speed, the GMC Hummer Edition 1 pickup with its 800-volt architecture is said to be good for "up to nearly 100 miles in ten minutes." The fact that Ram claims to double the Hummer's juicing speed suggests an astounding battery chemistry and battery management software combination.

If this plays out like Koval intends, he won't be lying when he says "we will have the best BEV to come to market." But there's a long way to go between now and 2024.

· Registered
Joined Feb 17, 2019
·
2,718 Posts
I wonder if RAM will put as much into it as Ford has with the Lightning by recently saying "If this launch doesn’t go well, we can tarnish the entire franchise”

The company is putting it all on the line with its new electric "Lightning" F-150 meant to stand out from competing vehicles from Tesla, General Motors, and Rivian.

I would be highly skeptical of such a claim coming from a company that’s never shipped a single BEV and was only recently dragged into the EV world.

About this Article
1 likes
3 Replies
Written By: