I’d like to address the news reports that are circulating about restructuring at Rivian. The reports speculate broadly on many intricate internal discussions about our business so I wanted to offer more clarity.

As discussed in recent all hands meetings, we’ve been working to focus our business in order to stay ahead of the changing economic landscape. We are financially well positioned and our outlook remains strong, but to fully realize our objectives it is critical that our strategy supports our sustainable growth as we ramp towards profitability. Earlier this year, we outlined our core strategic priorities for the next 18 months:

1) Ramping and enhancing R1 and EDV

3) Continuing to ramp our go-to-market capabilities, including our charging and service infrastructure

4) Optimizing costs and operating expenses across the business

As a result, we’ve implemented changes across Rivian, including prioritizing certain programs (and stopping some), halting certain non-manufacturing hiring and adopting major cost down efforts to reduce material spend and operating expenses. We also began the process of aligning the organization as a whole to ensure we are as focused, nimble and efficient as possible to achieve our priorities and objectives.

The hardest part of this process has been working through our organization to assess the size and structure of our teams and how well this aligns with our strategic plan. Our team is the core of Rivian and we are working to be as thoughtful as possible as we consider any reductions. We will always be focused on growth, however, Rivian is not immune to the current economic circumstances and we need to make sure we can grow sustainably. Every decision about our team is being assessed through the lens of our strategic priorities, not as a mechanism to simply reduce costs. Our team will continue to grow in support of our production ramp and product roadmap.

This is not how we intended for you to hear about this. We had hoped these very sensitive and complex conversations would have stayed within Rivian until we could address them more comprehensively. However, because information is coming out unofficially, I wanted to personally address it. I’ll be sharing more this Friday at our scheduled All-Hands meeting. 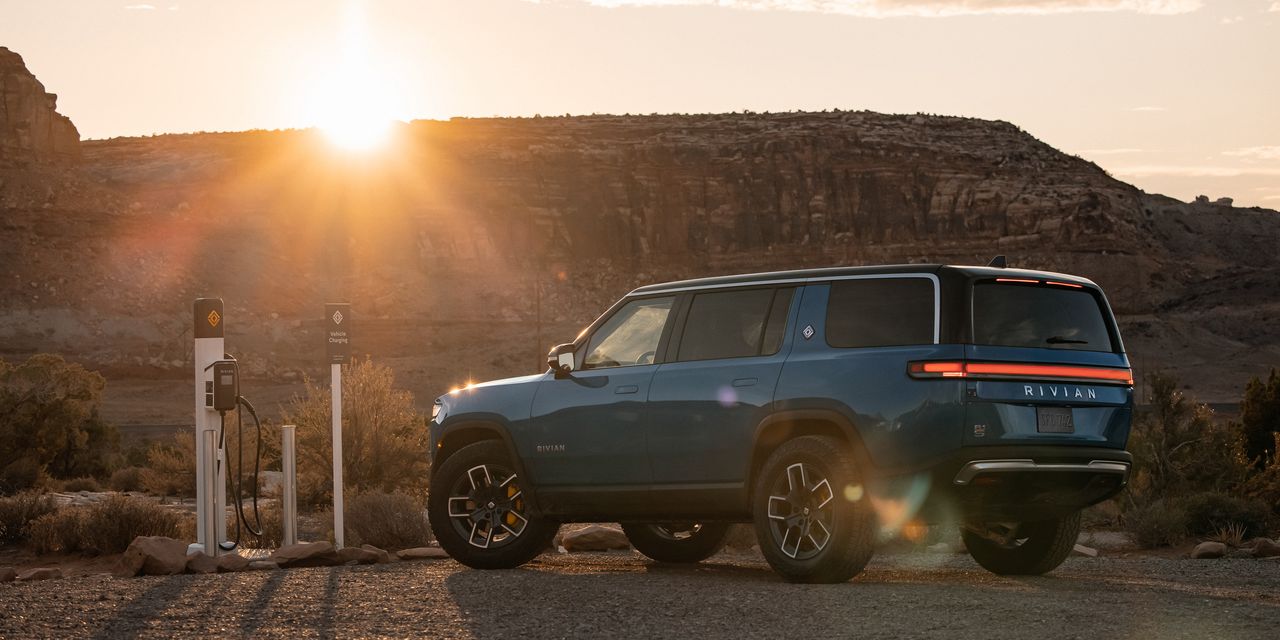 Rivian CEO Hosted an All-Hands Meeting. What Was Discussed.

CEO R.J. Scaringe is explaining to employees why cuts are necessary after the electric-truck start-up announced layoff earlier this week.

www.barrons.com
Rivian CEO Hosted an All-Hands Meeting. What Was Discussed.

Fast-growing electric-truck start-up Rivian RIVN +2.50% Automotive is laying off workers. The news surprised the market earlier this week. Now CEO R.J. Scaringe is explaining to employees why cuts are necessary at a Friday meeting.

Rivian (ticker: RIVN) stock dropped Monday after reports that the company was laying off up to 5% of its workforce. Investors found the news jarring. Rivian, after all, is growing quickly. Wall Street projects sales will rise to $6.2 billion in 2023, up from $1.8 billion in 2022. That usually means more workers.

But the stock recovered later Monday, and rose each day the rest of the week after it became more apparent that Rivian was focused on efficiency.
“We’ve implemented changes across Rivian, including prioritizing certain programs (and stopping some), halting certain nonmanufacturing hiring and adopting major cost down efforts to reduce material spend and operating expenses,” wrote Scaringe in an email to Rivian staff provided to Barron’s by the company. “We also began the process of aligning the organization as a whole to ensure we are as focused, nimble and efficient as possible to achieve our priorities and objectives.”

The email adds that layoffs and objectives would be discussed again at a meeting with Rivian employees today.

As a result, manufacturing jobs look safe. Cuts will come from other parts of the organization.

“The pace of hiring was unsustainable and now that order is starting to be restored at Rivian, some cuts are not a shock,” Wedbush analyst Dan Ives tells Barron’s. “It also sends a signal to the Street that operating costs are being monitored rather than spending like a 1980s Rock Star.”

Spending and cash burn has been an issue for investors and analysts. Rivian expects to use about $7 billion in 2022 and burned through about $1.5 billion in the first quarter of the year.

That’s why Ives perceives the cuts as positive. He rates Rivian stock at Buy and has a $40 price target.

Overall, Rivian remains popular on Wall Street, as 61% of analysts covering the stock rate it at Buy. The average Buy-rating ratio for stocks in the S&P 500 is about 58%.

Wall Street support hasn’t helped much, though. Shares are off about 70% year to date. Inflation and higher interest rates have hit most automotive stocks. Shares of auto makers and the broader auto sector in the Russell 3000 Index RUA +1.96% are off about 34% year to date.