· Registered
Joined Jun 4, 2019
·
1,363 Posts
Electrek put together this article that talks about bill, SB 167 that's been introduced in Colorado. If passed the bill would allow electric vehicle manufacturers to bypass the state’s direct-sales ban.

This is big for Rivian since it would allow them to sell vehicles in Colorado without building dealerships. Though the article mentions that Rivian has proposed building a dealer in Colorado.

They also mention how Tesla had to build its own dealer in Colorado because of the direct-sales ban.

Colorado was one of the first states Tesla targeted, because it is relatively wealthy, progressive-minded particularly on environmental issues, and at the time had a very good state rebate for EV ownership (half of the price of the car up to $5,000). They opened a store there before the 2010 law went into place, which meant they were grandfathered in.

The state has been supportive of Tesla and EVs in many ways since then. At the beginning of this year, Colorado officially adopted California’s ZEV mandate as a response to the US EPA’s ridiculous meddling in fuel economy laws. Governor Jared Polis is in favor of SB 167.

Rivian is looking to follow a similar model as Tesla, as the model makes sense for them as well. But they don’t fall under the same exception as Tesla in Colorado law, so they need this new bill to pass.

Colorado is important for Rivian. The state is one of the larger electric vehicle buyers in the US, coming in fourth place in per capita EV sales. It’s also full of exactly the kind of adventure truck/SUV buyers Rivian is targeting with their R1T and R1S.

Rivian even planned to open their first store worldwide in Colorado according to James Chen, Rivian’s VP of Public Policy (who former held the same post at Tesla). The company favored a bill that would allow direct sales for manufacturers that exclusively build EVs, but that bill failed last year in the legislature putting Rivian’s store plans in jeopardy.

Last year’s bill wouldn’t apply to any manufacturers that also produce ICE cars. This year’s bill has been modified such that ICE manufacturers could open a dealership to sell their own fully electric cars, but no hybrids or ICE cars.

Dealership associations don’t like the Tesla/Rivian model because they see it as a threat to their business. State dealership associations are also politically powerful, with a lot of money for lobbying and a lot of local jobs supporting their businesses. Legislators in many states loathe getting on their bad side lest they lose political contributions and votes from dealer-tied constituents.

Tim Jackson, the CEO of Colorado’s dealer association (who describes himself as a “futurist” and yet is consistently negative about electric vehicles) says “this bill is a solution in search of a problem” and that it would jeopardize dealers’ investments.

He says that state law already allows manufacturers to open their own dealerships if they have no others in the state and that a new law isn’t necessary. But the law is ambiguous – it allows for that “and” grandfathers in manufacturers who had stores before 2009. It could be interpreted that both are required, so SB 167 strikes that pesky occurrence of the word “and” from Colorado law.

If the current law were interpreted in that way, then there certainly is a problem. If Tesla is the only EV startup allowed to sell cars in Colorado, that gives them a big unfair advantage over any other EV maker. This is a strange position for Tesla to be in, since many other states ban their dealerships, giving them an unfair disadvantage.

For the most part, public opinion is in favor of the EV manufacturers, not the dealers. Car dealers are consistently rated one of the least trustworthy professions in America, below marketing people, insurance salespeople, and members of Congress. Not a lot of people love going to car dealerships and the experience of talking to a knowledgeable employee at a small manufacturer’s mall store is much less nerve-racking than venturing into the wilds of a car lot for a haggling battle.

But that hasn’t led to much success for Tesla legislatively. More direct sales bills have failed than have succeeded, and Tesla is still “locked out” of owning dealerships in many states. The company has found ways to deliver cars in all 50 states anyway, by working around dealer bans by transacting cars in nearby states and shipping them through third parties.

But that took a lot of effort to set up and jumping through loopholes just makes things more complicated for no particular reason. Rivian, and other EV manufacturers, would be better off if they could skip that effort and just sell their products.
Click to expand...

Colorado can vote as early as this week on whether or not to let Rivian sell directly to customers. Also, Rivian is lobbying to sell directly in Washington State as well.

On top of that they have a dealer license in Arizona and is seeking licenses in Illinois, Massachusetts, California, and Florida. 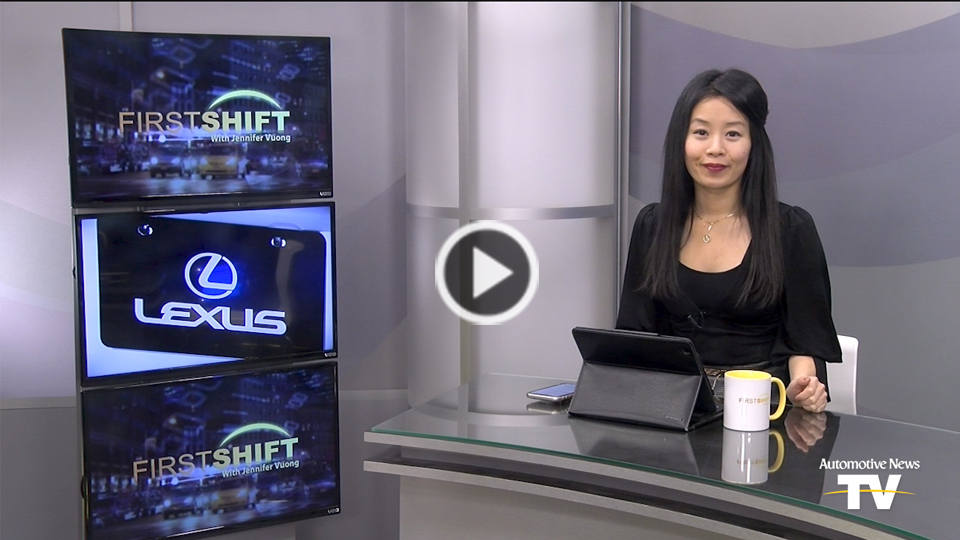 Colorado can vote as early as this week on whether or not to let Rivian sell directly to customers. Also, Rivian is lobbying to sell directly in Washington State as well.

On top of that they have a dealer license in Arizona and is seeking licenses in Illinois, Massachusetts, California, and Florida.

I'm keeping my fingers crossed on this, if Tesla could get it done I'm sure Rivian with the influence/resources of Amazon, Ford, and Cox can get it done.

· Registered
Joined Feb 17, 2019
·
2,718 Posts
Its time they let this happen and not cave to pressure from established brands.

The Colorado Senate Friday approved a bill 22 to 12 that will allow electric vehicle manufacturers, like Tesla and electric truck manufacturer Rivian, to sell their products directly to consumers, bypassing the traditional dealership system. There is a caveat however, the bill only allows...
jalopnik.com

Rivian lobbied in favor of this law in the weeks leading up to the vote, according to Automotive News. The bill was delayed twice, but came up for a final vote Friday after the addition of an amendment keeping traditional, non-EV manufacturers from the direct marketplace. But the amendment was not enough for Tim Jackson, spokesperson for the Colorado Automobile Dealers Association.

That startup, Rivian, is lobbying to open up Colorado’s dealer franchise law as it prepares to start production of electric pickups and SUVs this year. Lawmakers in that state could vote as soon as this week on a controversial bill that would allow any automaker — including those with existing franchised dealerships — to sell their EVs directly to customers.
An amendment added to the bill Friday, Feb. 21, designed to prevent traditional automakers from opening up next door to their franchised dealers did little to quell retailers’ concerns about what they say are the potential risks should the bill become law.
“We’re not enamored with the amendment,” said Tim Jackson, president of the Colorado Automobile Dealers Association. “You can’t put lipstick on a pig. It’s still a pig.”

Still, it is something. The bill will allow the Teslas and Rivians of the world to operate in a sales model that is better suited to their approach of treating their cars more like high-end electronics but prevent traditional automakers from doing the same. Rivian expects to already be able to sell directly in Arizona, and a recent Michigan settlement with Tesla over a 2014 law barring the practice has paved the way for Rivian to dive into direct-to-consumer sales in its home state. Naturally, General Motors was in favor of Michigan’s 2014 law saying back when the law was signed:

R99 said:
Good news! Colorado passed the bill 22 to 12 to allow Rivian to sell directly to customers!
Click to expand...

Not so fast. It only passed the Colorado "Senate." The bill has been sent to the House where it has been assigned to Energy and Environment Committee for review.

EyeOnRivian said:
Not so fast. It only passed the Colorado "Senate." The bill has been sent to the House where it has been assigned to Energy and Environment Committee for review.
Click to expand...

That's true, but from what I've been reading it doesn't seem like it'll be stopped. Do you think it will?

R99 said:
That's true, but from what I've been reading it doesn't seem like it'll be stopped. Do you think it will?
Click to expand...

Have no idea. Why speculate? What's the hurry? It's not like somebody can go buy a Rivian in CO (or anywhere for that matter) at the moment. Let the legislative process continue. I'm sure forum readers will find more value in the facts than speculation or misleading posts.

· Registered
Joined Jun 4, 2019
·
1,363 Posts
Hyperchange and Sean Mitchell had a good back and forth on YouTube on the Bill 167 and what it could mean for other states.

Coloradans can look forward to a Rivian store of their own in the not-too-distant future, thanks to a new law...

· Registered
Joined Jun 4, 2019
·
1,363 Posts
This is fantastic news! Also I never realized they just crossed out the old wording in the bill summary haha.

· Registered
Joined Jun 4, 2019
·
1,776 Posts
Rivian isn't the only electric car company with their eyes on Colorado. Lucid Motors released a list of their upcoming sales/service centers and Colorado is on the list.

· Registered
Joined Nov 17, 2020
·
209 Posts
As a Washington State resident, I will 100% be voting for this. The old dealer model is just a way to gate access and enrich middlemen for limited benefit. Streamlined and vertically integrating the manufacturer/dealer process only gives me, the consumer, a better product and a better experience.

I am, however, hoping to have my R1T in the driveway before this will be on a ballot.

inkedsphynx said:
As a Washington State resident, I will 100% be voting for this. The old dealer model is just a way to gate access and enrich middlemen for limited benefit. Streamlined and vertically integrating the manufacturer/dealer process only gives me, the consumer, a better product and a better experience.

I am, however, hoping to have my R1T in the driveway before this will be on a ballot.
Click to expand...

Agreed.
Its one reason I'm a fan of Tesla/Musk for jump starting direct sales. I know Michigan state sided with the new sales model and of course if it happens their, many other states are likely to follow.
T

inkedsphynx said:
As a Washington State resident, I will 100% be voting for this. The old dealer model is just a way to gate access and enrich middlemen for limited benefit. Streamlined and vertically integrating the manufacturer/dealer process only gives me, the consumer, a better product and a better experience.

I am, however, hoping to have my R1T in the driveway before this will be on a ballot.
Click to expand...

As another Washington resident, I would implore you to not passively wait for this to show up on some ballot (it's not a ballot measure). Instead, write your lawmakers and share your opinion with them. This form will let you look them up with your address and express your support in favor. Last year, the bill never made it out of committee.