I feel like this should be good for the stock price. haha.

STUTTGART, Germany & IRVINE, Calif.--(BUSINESS WIRE)--Mercedes‑Benz Vans, full range provider of electric private and commercial vans, and electric vehicle manufacturer Rivian, have today announced the signing of a Memorandum of Understanding to initiate a strategic partnership. The partnership will enable the companies to cooperate on the production of electric vans.

Subject to the parties entering into final binding agreements and to obtaining the relevant regulatory clearances, the companies intend to establish a new joint venture manufacturing company with the purpose of investing in, and operating, a factory in Europe to produce large electric vans for both Mercedes‑Benz Vans and Rivian, starting in a few years. The target is to build an all-new electric-only production facility leveraging an existing Mercedes‑Benz site in Central/Eastern Europe.

The companies envisage production-optimised vehicle designs for efficient manufacturing on common assembly lines. They will aim to produce two large vans, one based on VAN.EA (MB Vans Electric Architecture), the electric-only platform of Mercedes‑Benz Vans, and the other based on the second generation electric-van, Rivian Light Van (RLV) platform. Further options for increased synergies from the joint venture will also be explored.

The joint venture mirrors the common objectives of Mercedes‑Benz Vans and Rivian: both companies plan to rapidly scale the production of electric vans to help the world transition to cleaner transportation. By working together, they will be able to leverage operations synergies and substantially increase cost efficiency to help make the vans more affordable for commercial customers driven by total cost of ownership.

“Rivian was created to encourage the world to transition away from fossil fuel consumption by creating compelling products and services. We’re delighted to be partnering with Mercedes‑Benz on this project. Mercedes‑Benz is one of the world’s best known and respected automotive companies, and we believe that together we will produce truly remarkable electric vans which will not only benefit our customers, but the planet.”

“As a pioneer in the field of locally emission-free transportation Mercedes‑Benz Vans has gained broad experience in producing and launching eVans since 2010. Now we are accelerating the transformation to a fully electric product portfolio. From 2025 onwards, all vans based on our new architecture VAN.EA will be electric-only. I am delighted that as part of this transformation we are now joining forces with Rivian - a highly dynamic and inspiring partner with a strong technology position. We are sharing investments and technology because we also share the same strategic ambition: accelerating the electrification of the van market with sustainable and superior products for our customers.”

Mercedes‑Benz Vans has firmly anchored its leadership aspiration for electric mobility in its strategy. With Vito E-CELL in 2010, Mercedes-Benz Vans was a pioneer in the field of locally emission-free transporters. Today, customers can choose from four battery-electric driven vans: the eVito Panel Van, the eSprinter, the eVito Tourer and the EQV. With the new eCitan and the upcoming EQT the van portfolio will soon be completely electrified. The next generation eSprinter will be launched in 2023.

From the middle of the decade, Mercedes-Benz Vans implements the next stage in its electrification strategy with VAN.EA (MB Vans Electric Architecture). Starting in 2025, all mid-size and large vans based on the new modular architecture will be electric-only.

· Registered
Joined Mar 10, 2021
·
1,126 Posts
Given that this announcement came with Mercedes, this is a really nice validation of the mission, the quality and the technology disruption that Rivian is driving through its innovation. Stock is UP!~

· Registered
Joined 11 mo ago
·
284 Posts
It would be cool to see some camper conversion models offered. The top pops up and inside has a bed, sink, stove, etc.

derekmw said:
It would be cool to see some camper conversion models offered. The top pops up and inside has a bed, sink, stove, etc.
Click to expand...

I would think once they open theses to the open market camper conversion companies will be chomping at the bit to get them.

and it just keeps on climbing...

I wonder if that means Rivian is getting close to finding a location for their European plant.

Stock kept pulling hard all day today. And keeps going up in after hours trading. Looks like people are starting to take notice.

· Registered
Joined Jun 4, 2019
·
1,776 Posts
Really interesting article from Autoblog about how the deal between Rivian and Mercedes came to be. 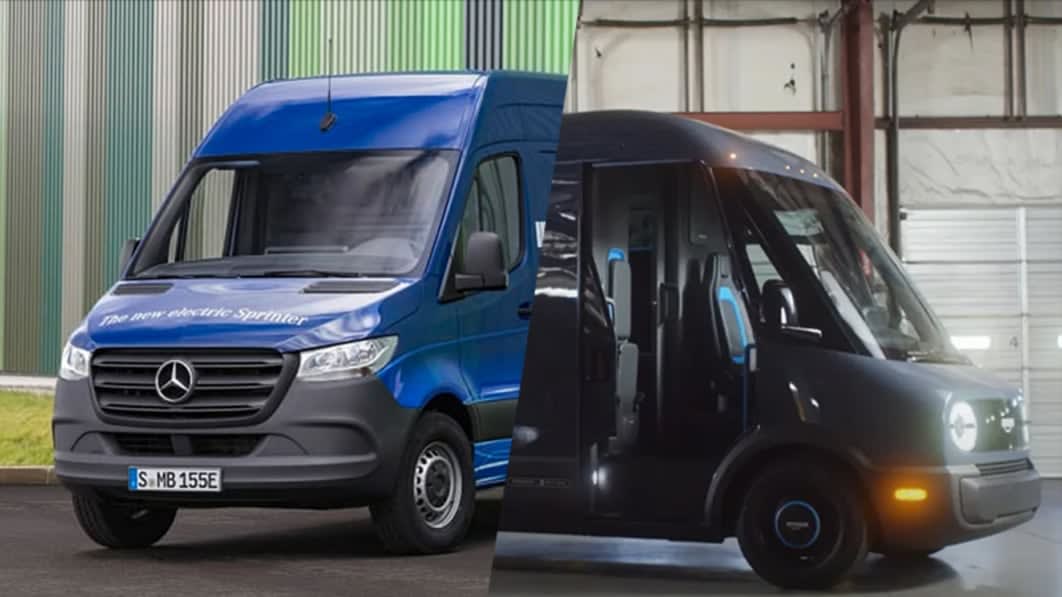 How and why the Rivian partnership with Mercedes announced this week came together, what it means and who wins and loses.

Conserving cash
In the months before and after its blockbuster initial public offering in November, Rivian was furiously hiring and building out its sales and service operations to support its growth ambitions. Those have been held up by the company’s plant in Normal, Illinois, which isn’t assembling nearly as many R1T trucks, R1S SUVs and Amazon delivery vehicles as hoped. Supply chain woes are plaguing all of the auto industry but hitting inexperienced companies particularly hard.

While Rivian still had $15.5 billion in the bank at the end of June, management has made several moves lately to be more capital-efficient amid rising costs and concern about a global downturn. The joint venture with Mercedes will be a cheaper way to enter the European market and boost the company’s credibility with suppliers and prospective customers that might otherwise have been skittish.

A lot of Rivian’s cash is also already earmarked for other expensive projects. It has yet to break ground on a $5 billion factory near Atlanta, and executives have said the amount the company has on hand offers just enough runway to get to the start of production of the mid-price car to be built at that plant by 2025.

Burden-sharing with Mercedes may also reflect how difficult it’s become for companies in the EV sector to raise capital, D.A. Davidson analyst Michael Shlisky wrote in an email. In a July memo to staff about cutting 6% of Rivian’s workforce, CEO RJ Scaringe noted that global capital markets were tightening. “We need to be able to continue to grow and scale without additional financing in this macro environment,” he wrote.

Ford ties
After Ford worked so hard years ago to beat GM to the punch in linking up with Rivian, their relationship has taken many curious twists and turns.

First, Joe Hinrichs, the former Ford president who played a leading role in brokering the partnership, abruptly retired and left Rivian’s board. Soon thereafter, the companies called off plans that had been announced three months earlier to jointly develop Lincoln’s first fully electric model. Alexandra Ford English, the great-great granddaughter of founder Henry Ford, replaced Hinrichs as a Rivian director, but didn’t stay on for long. Yet another replacement stepped down leading up to Rivian’s IPO, leaving Ford without a board seat.

Ford and Rivian have been relatively mum about their future together. Now the former, which still owns a 9.6% stake in the latter, may end up with more formidable competition in the commercial vehicle business that is a huge point of pride and emphasis for Ford CEO Jim Farley. The automaker announced plans just this week to start selling the electric version of its best-selling European delivery van, the E-Transit Custom, roughly a year from now.

Upside for Amazon
What Rivian, Mercedes and Ford all have in common is Amazon.

The e-commerce giant has a contract with Rivian for 100,000 electric vans due to be delivered by the end of the decade. It also buys vans from Ford, Mercedes and others. Given the size of Amazon’s global fleet and its ambitious sustainability targets, it has to look beyond just Rivian for electric last-mile delivery options.

Amazon has exclusive rights to Rivian’s delivery vehicles for four years after receiving its first one, as well as the right of first refusal to buy its vans for two years after that. It’s surely hoping the Rivian-Mercedes deal will mean more electric van availability, and ideally at lower costs.

Carry on
Rivian seeking to establish production in Europe is not a surprise: Executives have had their eye on the market for some time.

The company scouted locations for a potential factory in locations including the UK, Germany and Hungary, people familiar with the matter told Bloomberg in February last year. Rivian opting to set up shop with Mercedes somewhere in central or eastern Europe will be a letdown to those who courted the company.

In one indication of just how eager leaders were to land the investment, then-Prime Minister Boris Johnson tried to woo Scaringe himself, Sky News reported late last year.

· Registered
Joined Jun 4, 2019
·
1,363 Posts
The Everything Electric Show talks about the possibility of Rivian and Mercedes partnering together.