· Registered
Joined Feb 15, 2019
·
477 Posts
Well, this is exciting!!!
According to a new report by Reuters it looks like Rivian is going to lower prices from what it originally said! 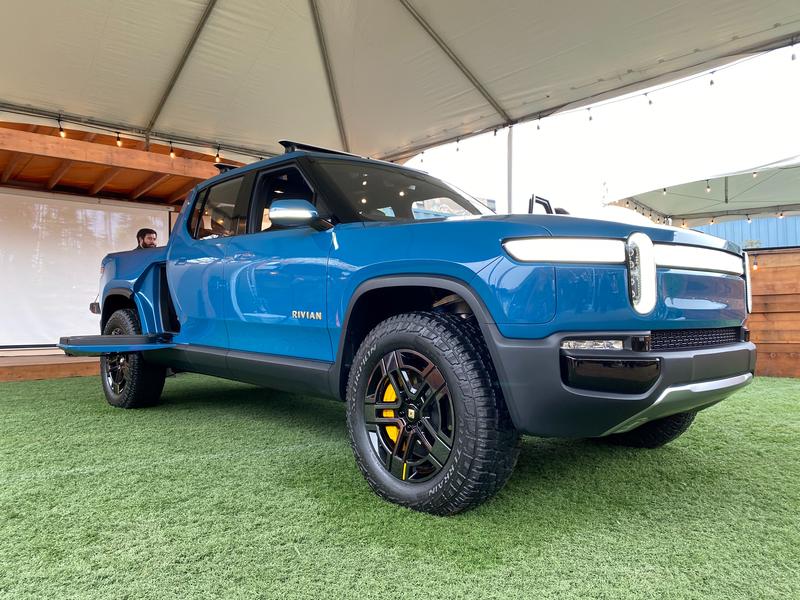 Electric vehicle startup Rivian on Saturday displayed its pickup truck and SUV at an event in San Francisco's Bay Area and said that when their prices are unveiled soon they will be lower than has been previously announced.


MILL VALLEY, California (Reuters) - Electric vehicle startup Rivian on Saturday displayed its pickup truck and SUV at an event in San Francisco's Bay Area and said that when their prices are unveiled soon they will be lower than has been previously announced.


Rivian founder and chief executive R.J. Scaringe told Reuters the mid-range R1T pickup truck with a glass sky panel that can change from blue to clear was about $69,000. It can travel 300 miles on a full charge. A similar range R1S SUV will sell for about $72,000.

Rivian said the large battery could go 400 miles and the smallest could go 230 miles.

Scaringe declined to say how many prospective buyers have so far spent $1,000 on a refundable deposit to hold their spot for a Rivian, but he said the reaction had been "really positive".

"So we're excited by that. But we now have the challenge of a lot of pre-order customers aren't going to get the cars as fast as they like because there's such a long queue," he said.

Rivian, founded in 2009, made waves when it unveiled its first prototype model at the LA Auto Show in 2018. It has raised $3.6 billion and counts Amazon.com Inc (AMZN.O) and Ford Motor Co. (F.N) as investors.

Many customers at the event were excited about the designs, but Patrick Bonsi, who flew from New Jersey to see the vehicles, questioned whether Rivian would have a Tesla Supercharger-like charging network. He owns a Tesla (TSLA.O) Model 3.

"What I found with super charging is, if the Supercharger network is not made by the car company, it doesn't charge the car as fast," said Bonsi.

Scaringe said Rivian was working on rolling out a network of charging stations at key locations such as national parks, but that the vehicles can charge on most charging networks available today.

Brian Gase, Rivian chief engineer of special projects, and employee number four was busy showing customers the batteries, saying 7,776 of them were powering the pickup truck, and one was powering a flashlight that slides into the door, giving the car a lucky 7,777 batteries.

The first R1T trucks will be delivered starting at the end of this year, followed shortly after by the R1S SUVs, Scaringe said.

· Registered
Joined Jun 4, 2019
·
1,772 Posts
Anyone have any ideas about how much lower the price might be for the entry level?

R99 said:
Anyone have any ideas about how much lower the price might be for the entry level?
Click to expand...

I just realized I misread the article. So if a Mid-range R1T will be $69,000 and mid-range R1S will be around $72,000, it'll be interesting to see what the starting price will be. I wonder if the Cybertruck stuff had anything to do with it.
1 - 4 of 4 Posts