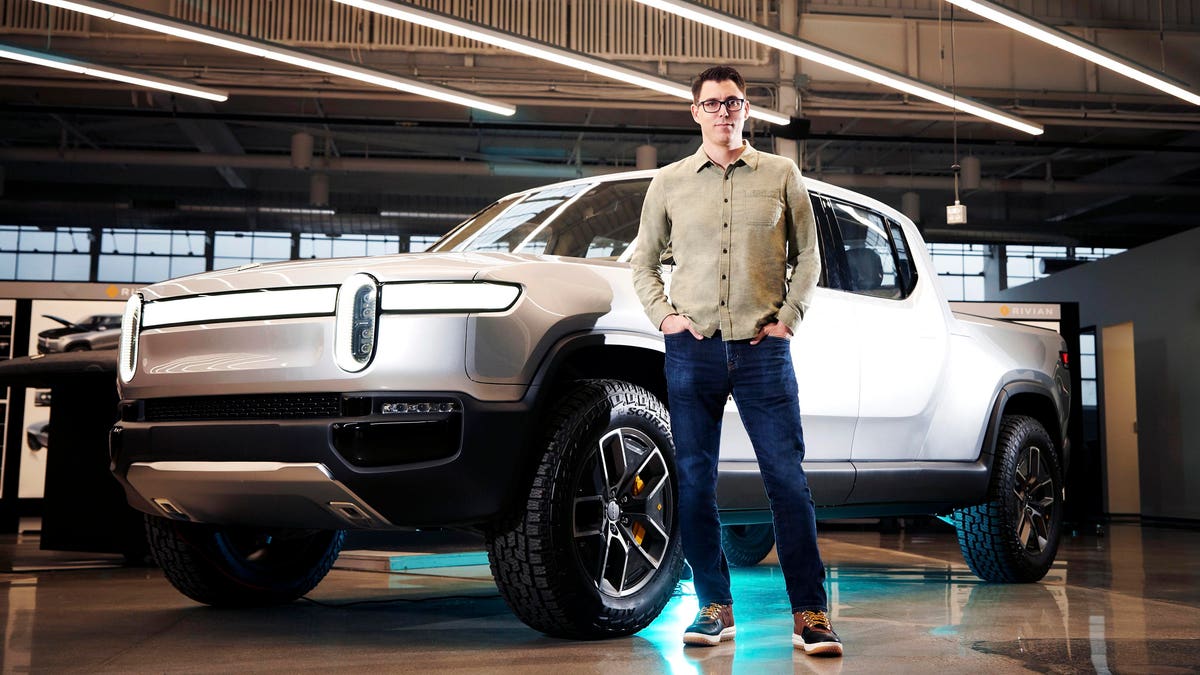 Check the rearview mirror, Tesla. Electric vehicle automaker Rivian has major investments from Amazon, Ford and the Saudis—and is ready to roll.

Here's some of the highlights of the article that I noticed. There's a bunch of interesting points that I didn't know about.


That early infusion of capital—on top of investments of nearly $500 million, including from JIMCO, the investment arm of Abdul Latif Jameel, a Saudi corporation that has bet big on energy and mobility—has given Rivian a valuation just north of $5.5 billion. Scaringe is estimated to own slightly more than 20% of the company, making him the latest automotive billionaire. The funding has also allowed Scaringe to nearly triple the size of Rivian’s workforce, from around 700 in 2018 to more than 2,000 today, which is how he can scale production this year.

So if the mighty Tesla has faced so many detours and potholes, what makes Scaringe think that Rivian, which hasn’t made a single car, can have a smooth ride? He doesn’t. “Things will go wrong,” admits the young CEO. And Scaringe, who comes across like a mild-mannered Clark Kent type compared to Musk’s manic Tony Stark, is confident he can overcome any perils or roadblocks. After all, Rivian is built for treacherous terrain.

- Scaringe says there will be three more vehicles in the Rivian portfolio by 2024.

Beyond its first two releases, Scaringe says there will be three more vehicles in the Rivian portfolio by 2024. Though he is cautious about providing details, Scaringe admits that one will be smaller in size and all will be considerably lower in price. It’s a strategy akin to what Land Rover does with its Defender and top-of-the-line Range Rovers—i.e., the same base model with fewer amenities. And if Scaringe can truly keep the price below $50,000, it will cause far worse headaches for Musk than a broken shatterproof window on his Franken-vehicle, the Cybertruck.

But it’s the Cox partnership that could prove the most troubling for Musk. While Tesla has more than 100 service centers in 30 states, Cox handled more than 55 million service appointments in 2019 at its sprawling network of commercial and dealer partner service centers across the United States. If something goes wrong with an R1T or R1S, the idea, presumably, is that a customer will be able to take the vehicle to a Cox service center like Pivet to have it repaired correctly and in a timely fashion, something that Tesla has struggled with since its inception.

- Cox is looking to control the Rivian secondary market

Cox is also playing the long game with Rivian—as more vehicles come to market, it wants to control secondary sales. “My hope is with the skills that we have,” says Cox president Sandy Schwartz, “and with all the things that we’re learning, that we’ll be the chief wholesale remarketer for all Rivians someday.”

Joined Jun 4, 2019
·
1,261 Posts
Forbes released a video that shows clips of their interview with RJ Scaringe.