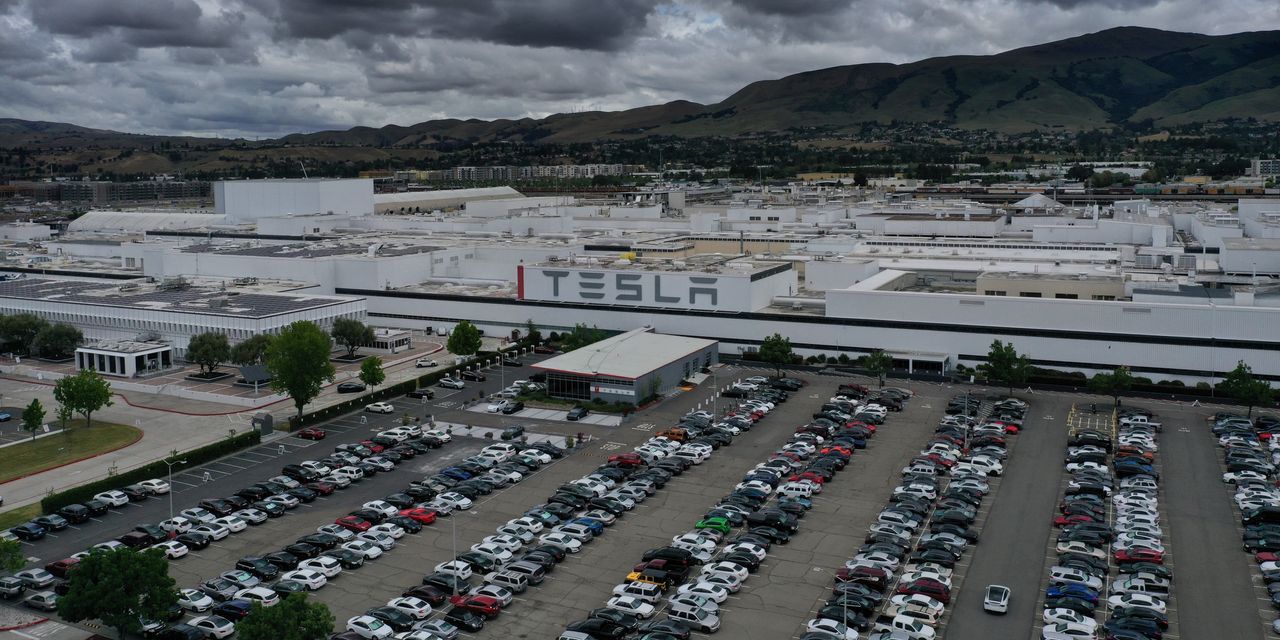 Firefighters responded to a small fire at Tesla Inc.'s factory in Fremont, Calif., on Thursday afternoon.

Firefighters responded to a small fire at Tesla Inc.’s factory in Fremont, Calif., on Thursday afternoon.

“Located in an area of the factory property that is under construction, the deep-seated fire was contained to a vehicle manufacturing stamping machine,” the Fremont Fire Department said in an Instagram post Thursday night, referring to Tesla’s giant stamping machine, the so-called Giga Press. “The cause of the fire is molten aluminum and hydraulic fluid. Hydraulic fluid was identified as the source of the fire.”

There were no reported injuries.
Video from a news helicopter showed the fire had been extinguished, with firefighters and Tesla workers lingering around a roofed, open-air structure containing machinery, away from the main factory building. Light wisps of smoke were visible.

According to the news blog Electrek, the Giga Press is a giant casting machine that was installed at the Fremont factory last year, and is used for stamping large pieces of vehicle body parts. Electrek speculated that damage to the Giga Press could affect production, though to what degree is as yet unknown.

Tesla did not respond for a request for comment or details, but it also dissolved its media relations department last year.

Another small fire broke out at the facility in August 2018, causing no injuries and not affecting production.

The Fremont plant was shut down for two days last month due to what CEO Elon Musk called a “parts shortage.”
1 - 1 of 1 Posts